May is the month of ever-growing anniversaries so I don’t know where to start. I’m turning 30 and writing my 100th blog post although, not gonna lie, some days it feels like I’m 100 and writing my third post. #authorgoals

My favourite teacher-phrase this year has been: “And this is the reason I am going to lose my mind before I reach 30.”
To which a student responded: “Wallahi Miss, you have 7 years yet don’t worry.”

I suppose I shouldn’t complain. After all, it’s better than turning up to a lesson and being mistaken for a sixth former (true story), or a colleague stopping me in the corridor to see my hall pass (also true), or being told off by a dinner lady for jumping the queue (I could go on and on).

Teens are so dramatic. They go from: “What miss, you’re a Mrs? Does that mean you’re married? *asks a friend which one means you’re married, Mrs or Miss, gets no reply ’cause friend is just as clueless*“….to “OMG you have a husband? Do you have kids?” and finally the best one-line slap in the face: ‘You’re old enough to be my mum.’

I was going to do a ’30 facts about me now that I’m 30′ post but frickin’ hell, I could only come up with this many and some of them are not even about me! So, enjooooyyyy this week’s blog post.

I’m a May baby which makes me a Taurus. I don’t believe in horoscopes but upon deeper and forced inspection at the hands of the above-mentioned students, I’ve found all of it is pretty much spot on.

True to my star sign, I have become a bit of a raging bull on the roads. Even the husband is frightened when I’m behind the wheel but I feel like if you can’t beat ’em, join ’em!

I don’t know if it’s the Doha heat, the end of the academic year, or the effect of Ramadan but all I want to do lately is sleep. Isn’t that a symptom of an altogether different age…? 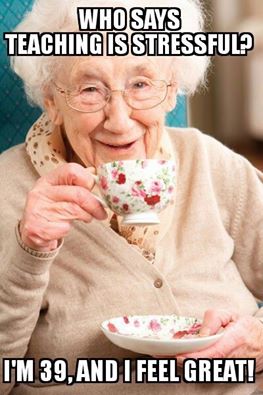 This May marks 13 years of me wearing a hijab. In the beginning, it was obviously a work in process but recently (after working in an all-girls school and not wearing it) I am hardcore struggling to keep it on.

Okay, getting grim now. I lost our first child in early pregnancy and it’s taken this long to be able to say that without it killing me. He or she would have 3 years old this May. Allahu alim. Maybe I’ll write about it properly one day.

It’s also our wedding anniversary this month. We don’t celebrate anniversaries because we have far too many and it’s a pain keeping track of them. In November we’ll have been married for 5 years in sha Allah (nikah anniversary – see? It’s confusing!)

With each passing year, I’m beginning to understand what Elif Shafak means when she talks about being a nomad with no fixed home. For years, I have battled with this inexplicable void, feeling like I don’t belong anywhere and fighting against it. Now that I understand, honestly, it is liberating.

Out of the 3 countries I’ve lived in, Kashmir is the image of my soul and Qatar has my heart. And while I am thankful for the opportunities I had in the UK (I wouldn’t be where I am without it) the 26 years I lived there were harrowing.

This year, Hubby and I took up tennis. If you follow me on snap chat you’ll know how the last match went down. See, I love having a friendly ‘just for a laugh’ match but when the other person is uber competitive AND a cheat AND a sore loser then that really brings out the Monica in me (minus the wacky hair, of course).

12 years ago, the first blogger I regularly followed is a Canadian(?) guy called Hamzah Moin. He used to write satirical pieces, with his own illustrations and made a few Youtube videos too. A lot of his original content is no longer there but he’s still active: Maniac Muslim

I used to be an amazing dancer (haram, I know) when I was in high school (I still am but haram y3ni). I won 1st prize in a dance competition in Year 9 which was hilarious because a) I never even wanted to participate b) I was forced by the teacher and c) the look on the mean girls’ faces when they didn’t win was priceless.

I’ve recently discovered Pakistani Youtubers and am currently binge-watching Sana’s Bucket; it was this video about the Pakistan Aurat March that really made me a fan.

I go through phases where I’m super clumsy: in my first year of teaching, I was persistently covered in 15-20 bruises along my legs because I kept walking into the corners of tables.

I taught myself how to sew when I was 7 years old. Whenever my mum would pop out, I’d sneak onto her sewing machine to make dresses for my dolls.

As a little girl, I always thought there are 2 dishes I’m neveeeeer going to be able to make – samosas (from scratch) and mutton pilao. This Ramadan I realised that not only can I cook both but I’ve reached a stage in my cooking where I can do it all magically. You know, that dumb-ass instruction desi moms give you when teaching you to cook “Just use andaaza,” (just guess). Well, I got that andaaza swag now.

This year, I rode a bike for the first time in nearly 20 years and I felt so happppyyyy!

Call it karma but whenever hubby makes fun of me, he instantly gets it back in his face. So he said, ‘I laugh you fall off the bike’ and 20 minutes later there he was, face down and bottom up in a hedge.

The first attempt I ever made at writing a short story was at the age of 10. I managed to get halfway into chapter 1 of a novel (lolol) titled ‘The dynasty of horror.’ It was basically a rip off of this movie:

I loved this movie ^ because Fairuza Balk looked exactly like Miss Smith – my Year 5 and 6 teacher. I wanted to be exactly like her until I had a midlife crisis at 15 and it dawned on me I don’t have the patience for primary school children.

This movie also reminds me of sitting around a oujia board with my cousins. We were such good pretenders because we’d all freak out when the pebble thing moved but of course, it was one of us all along!

I joke about looking younger than my age but for the whole of my childhood, I was always the tallest student in my year and could easily pass as about 5 years older than my real age. Considering I’ve never smoked, drank, or done anything else illegal…the only time my height ever benefitted me was at theme parks.

I did my first Umrah at the age of 9, but before this, I always thought the Ka’abah had a pool of water on the roof because of these hanging rugs that existed in every brown household: 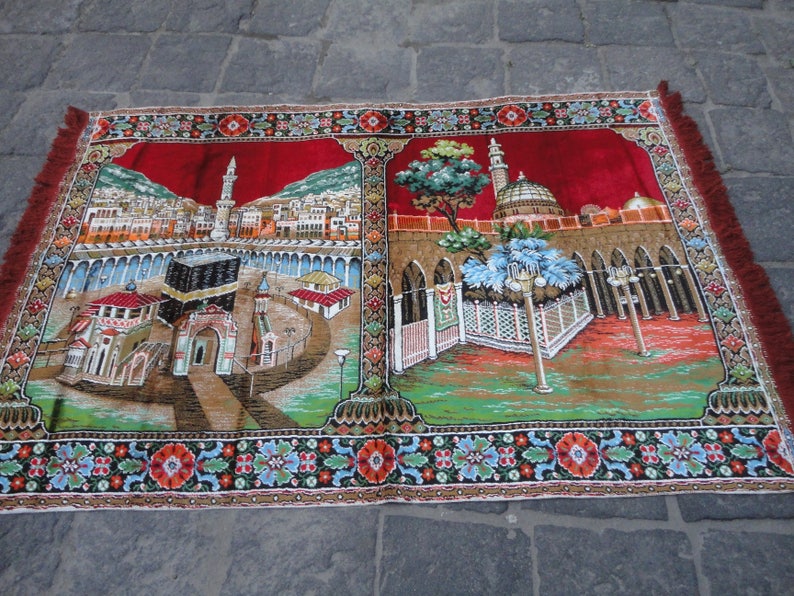 My first Umrah will always be my best experience of it because the cities and mosques were nowhere near as crowded as they are these days.

If there’s anything I miss about my childhood it is watching the good ol’ 90’s TV shows like Sabrina, Art Attack and The Worst Witch which was responsible for many a-broken-broom-sticks.

I don’t miss anything else about my past, especially not the time spent in my parents’ house. I feel like I’ve lived a whole lifetime in the past 5 years of being a married woman. I am so done with my 20s and so ready for the next chapter in my life. Alhamdullilah.

35 thoughts on “100 blog posts, turning 30, and other unnecessary anniversaries”